It is only possible to explain Careyes as we know it today as the juxtaposition between a boundless natural wilderness and a passionate mind; in this case, the mind of Gian Franco Brignone. Brignone. Twenty years after buying Banco Caisse des Originaires du Massif Central at the age of just 22, Gian Franco decided to venture out in search of a place to retire and build his dreams. 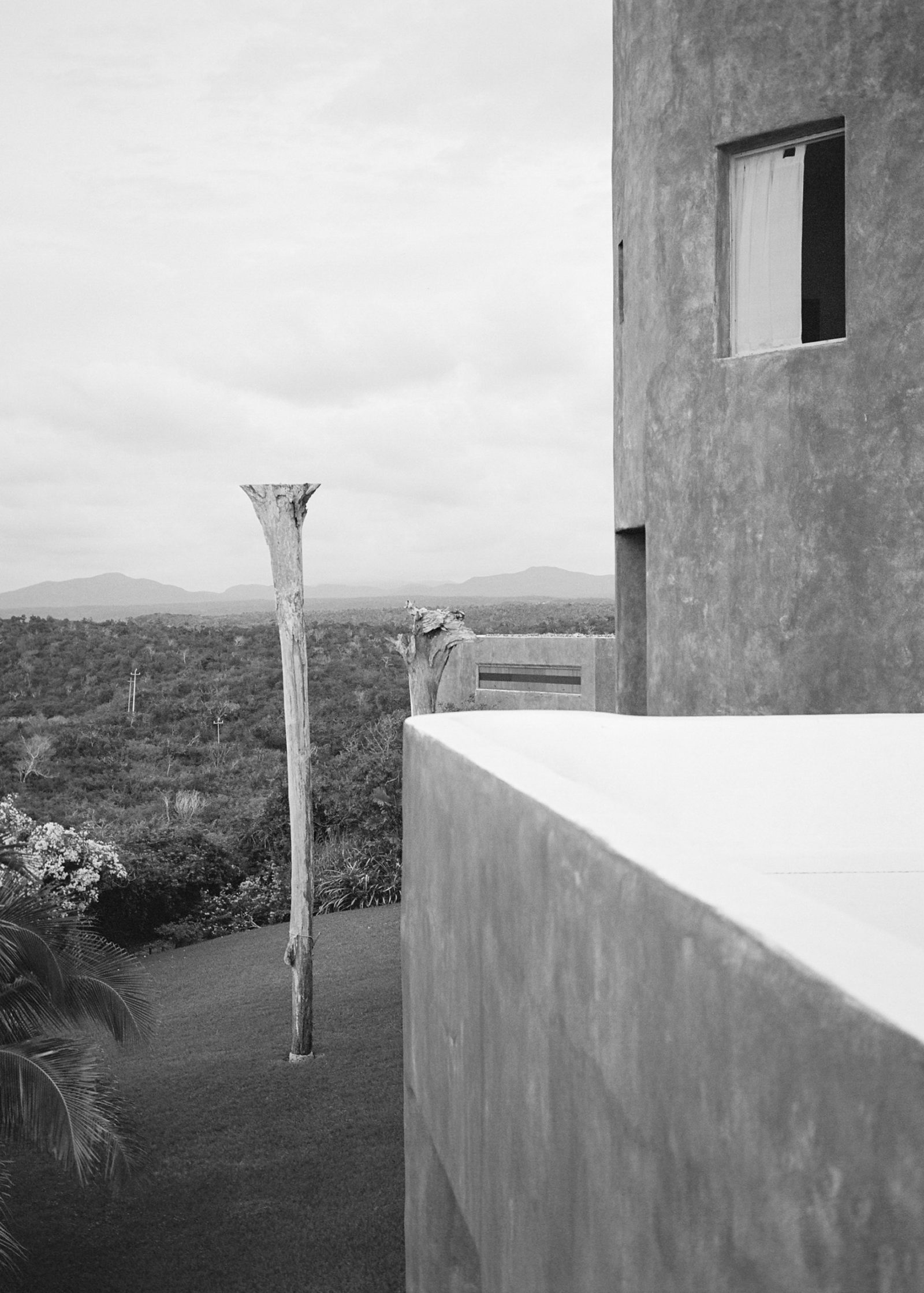 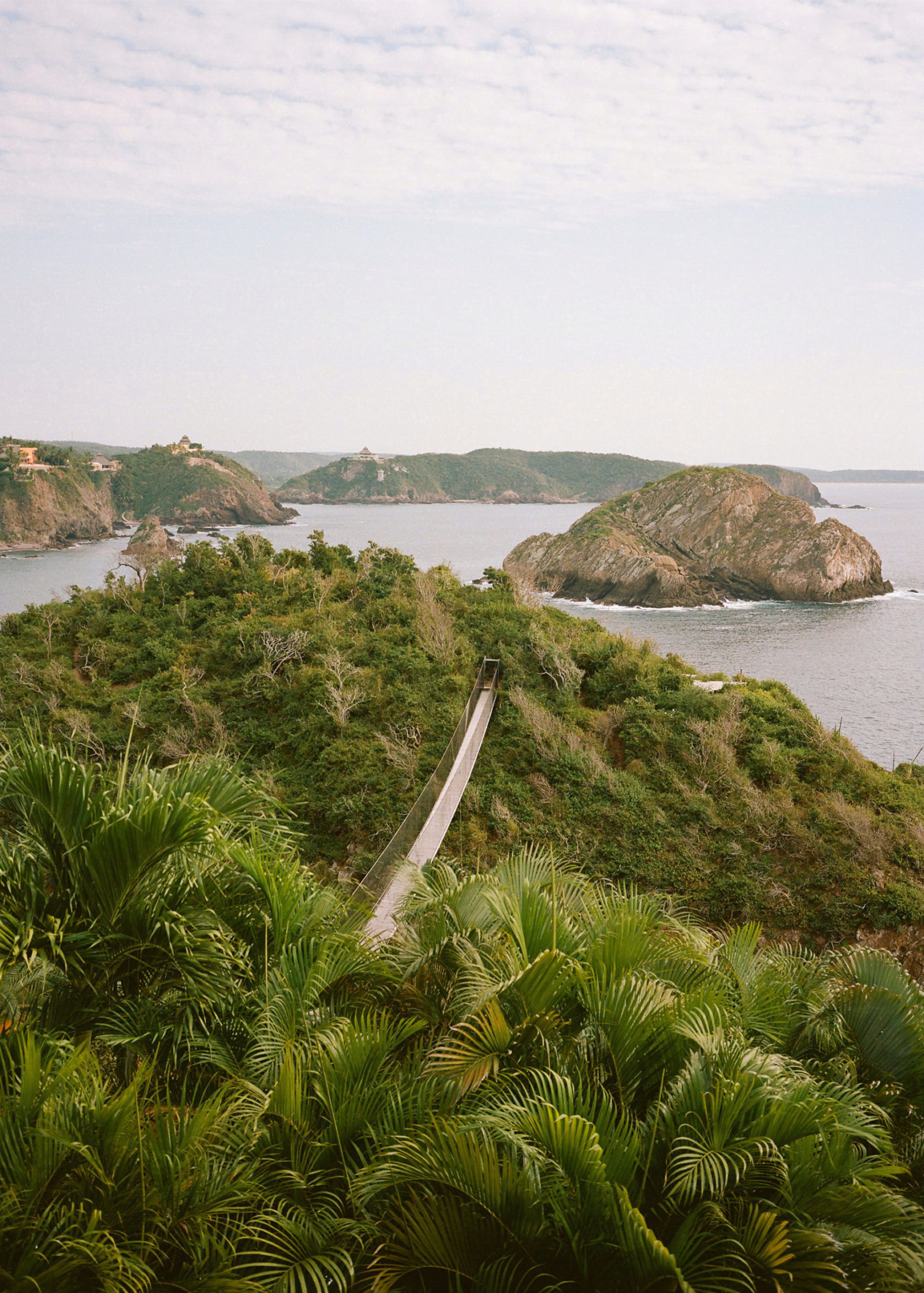 It was 1968 when he first flew over the Pacific coast of Mexico with his friend, the engineer Luis de Rivera. More specifically, he flew over the region of Jalisco, where he fell in love with Careyes, a place loved for its small, rocky beaches, inhabited by Hawksbill turtles – known in Spanish as careyes.

Without a doubt, Careyes is an effervescent location precisely because of its natural surroundings; uncovered by the Pacific ocean, conquered by the Jalisco wildlife. Most of the architecture in Careyes lacks a past – it is, in a way, timeless. Careyes attracted an international crowd of bohemians and creatives from the late 1960s onwards, when the hippie movement was at its peak. Gian Franco Brignone (who would eventually end up buying around 12 kilometres of coastline and 1,500 hectares of jungle, cliffs and beaches) built his unique vision in this spot by redefining his relationship with the natural world, and using nature as his guide.

From this moment onwards, Careyes would maintain a strong balance between virgin landscape and architecture, followed by art installations which are strategically placed around and within the landscape. Following the road that traces the edge of Teopea beach to the Punta Farallón outcrop, you will find a structure that acts as a metaphor for the primitive mystery of life – an homage to women and fertility. Known as Copa del Sol, this 27m diameter hemisphere, made of 480 tonnes of concrete and steel, challenges the horizon, blurring ones own existence, as the viewer standing before it, against the immensity of the ocean.

In Careyes, Gian Franco manages to orchestrate a perfect balance between architecture, art, community, nature and conservation. Everything you need to live a decadent lifestyle, everything that is within possibility of reach, can be found in Careyes. And this is how the magnificence of the location has spread internationally over the years, capturing the imagination of celebrities including Uma Thurman, Alejandro Iñárritu, Lee Daniels, Francis Ford Coppola, Kevin Hart and Mick Jagger. 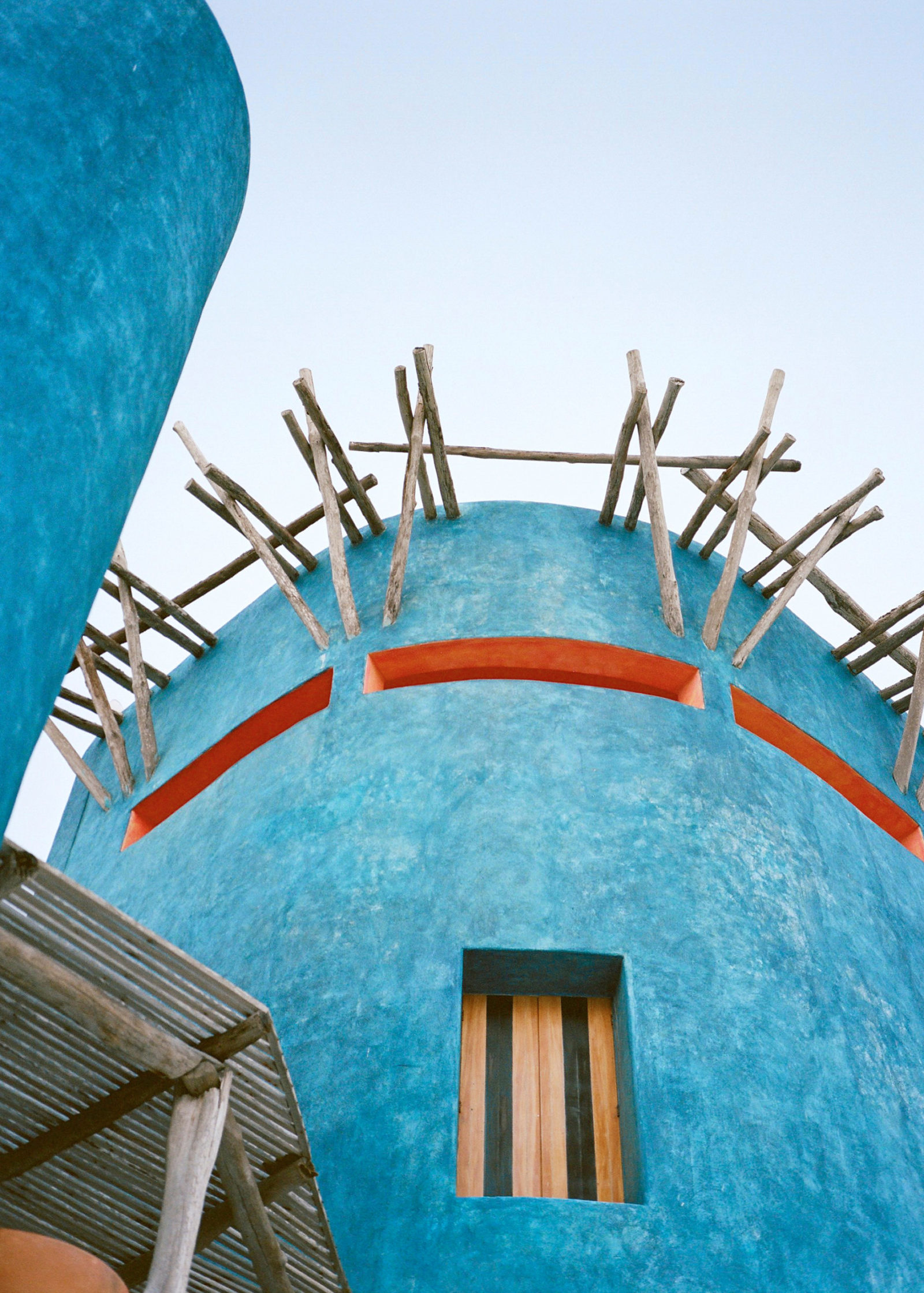 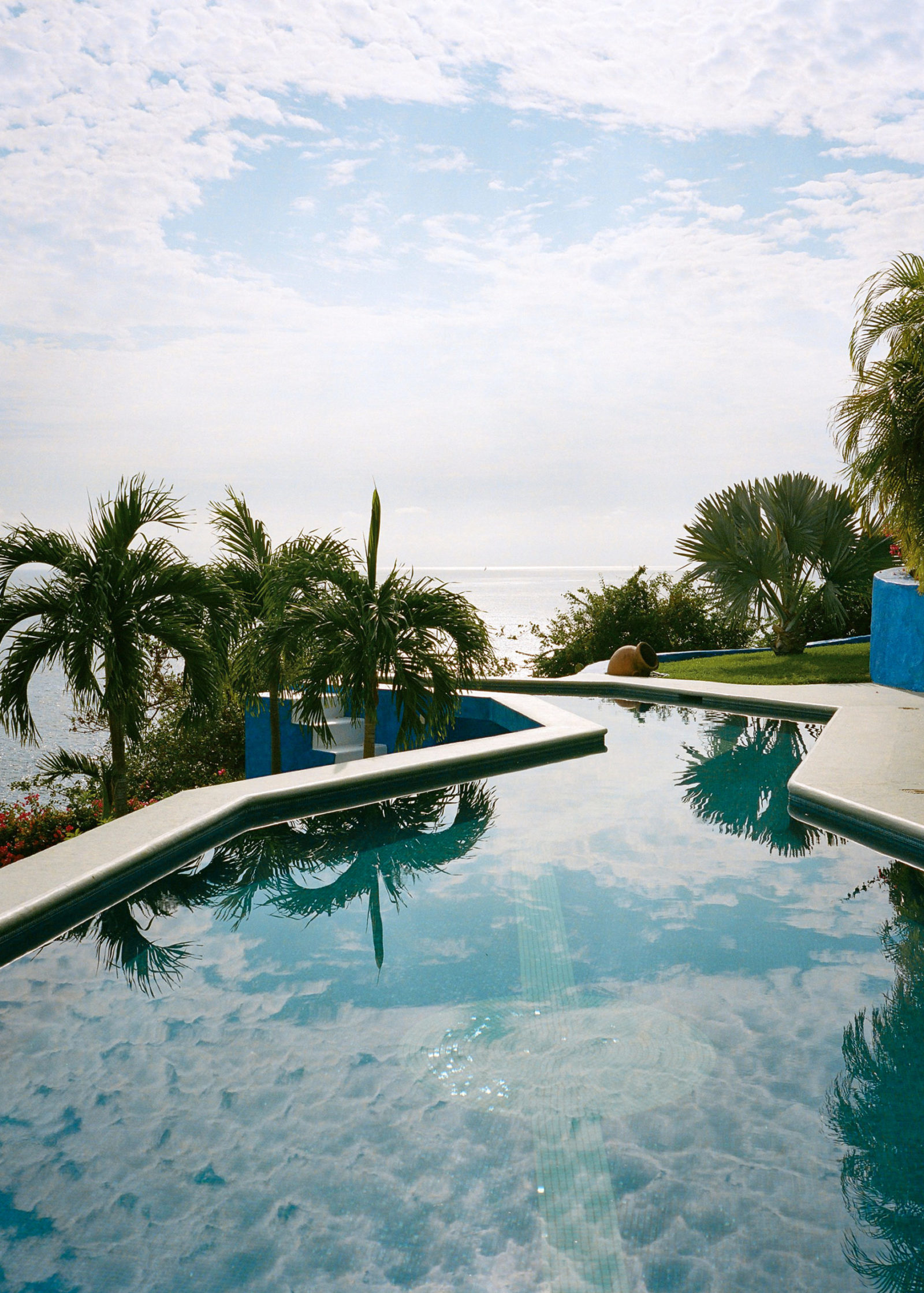 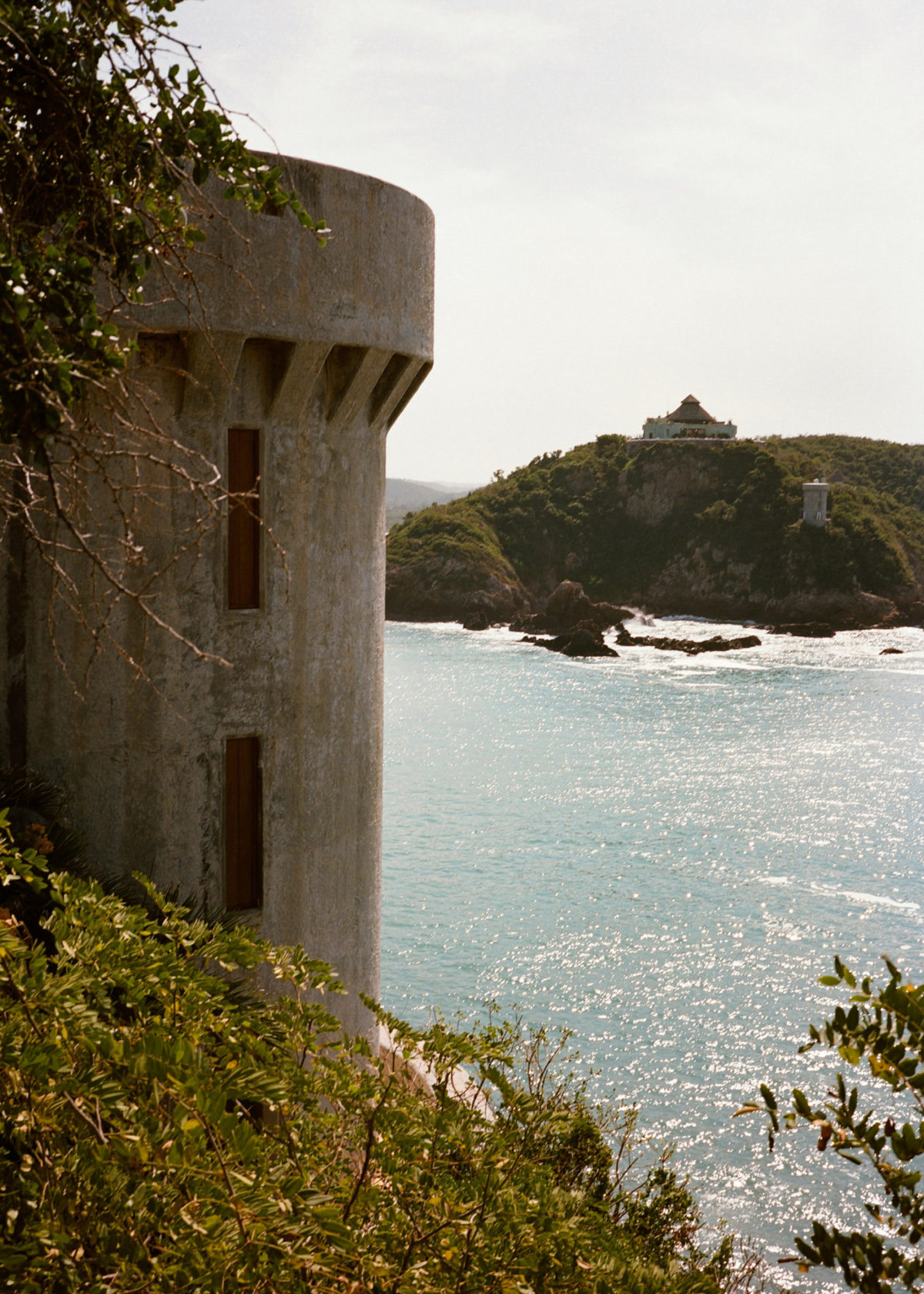 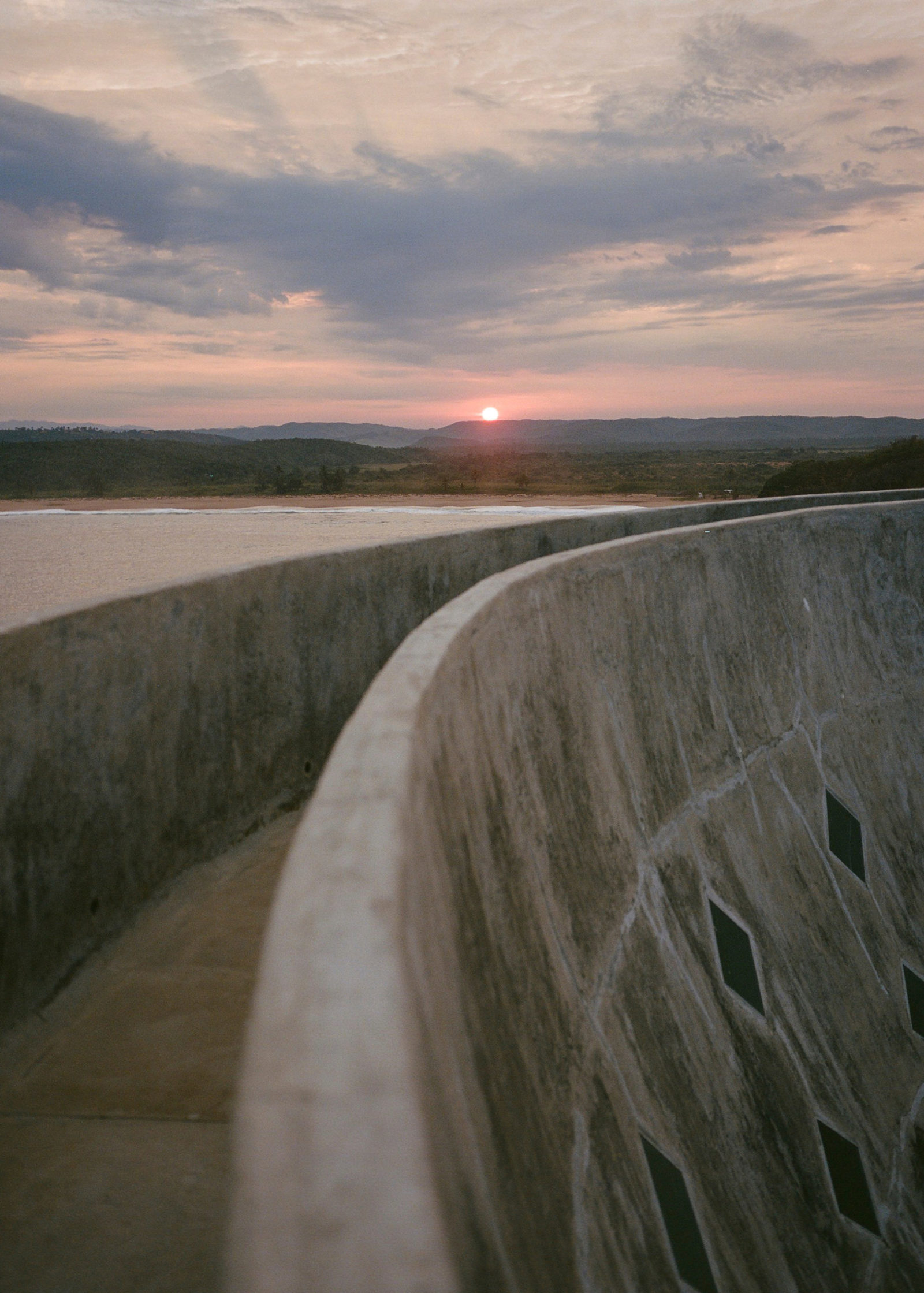 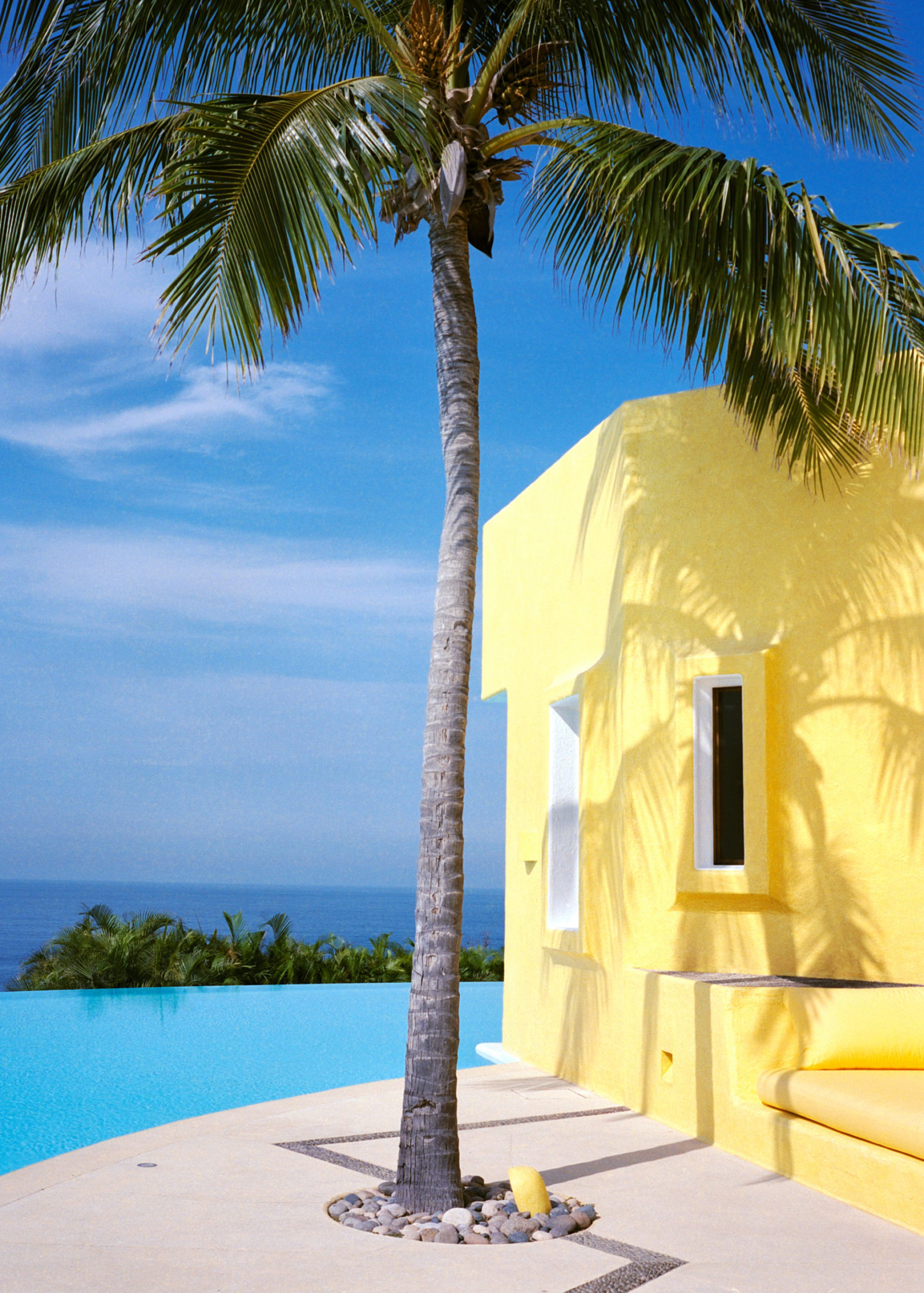 Careyes defines an architectural style along the western coast, found in the type of Mexican house along the Pacific coast; one that renowned architects like Marcos Aldaco (who already revealed his talent for the first time with a house for Gloria Guinness in Acapulco), Diego Villaseñor and Alex Possenbacher followed and reinterpreted in Careyes. The latter in particular would develop his architectural career here, living in Careyes for more than 20 years and being responsible for some of its most stunning houses.

Alongside the influence of the Barragán “school” of architecture which is present in Careyes, the quality of the workmanship and materials reach a unique approach while belonging to the site. In the hills that lie opposite Careyitos beach, one can find El Sol de Oriente and Sol de Occidente, houses designed by the french architect Jean Claude Galibert. On a circular floor in the shape of a sun, in colours that hold symbolic meanings and contrast with the surrounding coastal landscape, the houses are surrounded by swimming pools that blend in with the sea on the horizon and culminate with a palapa in their centre

The Palapa, a palm leaf roof that is a distinguishing characteristic of Mexican houses on the Pacific coast, is made of dry palm leaves on wooden frames and generally occupies the central area of a house. The bedrooms, kitchen and other rooms lead off separately, so that a path bordered by vegetation and the open sky is created to move around the house, blurring the line between inside and outside. The architecture in Careyes aims to reconcile the destructive separation of man and nature, building harmony between them, which is something so paradoxical today.

Gian Franco has made sure to protect his dream from large hotel chains that would inevitably alter the tranquillity and natural surroundings of Careyes. He also created The Careyes Foundation which is a non-profit organisation that consolidates over 35 years of individual philanthropic efforts in Jalisco. 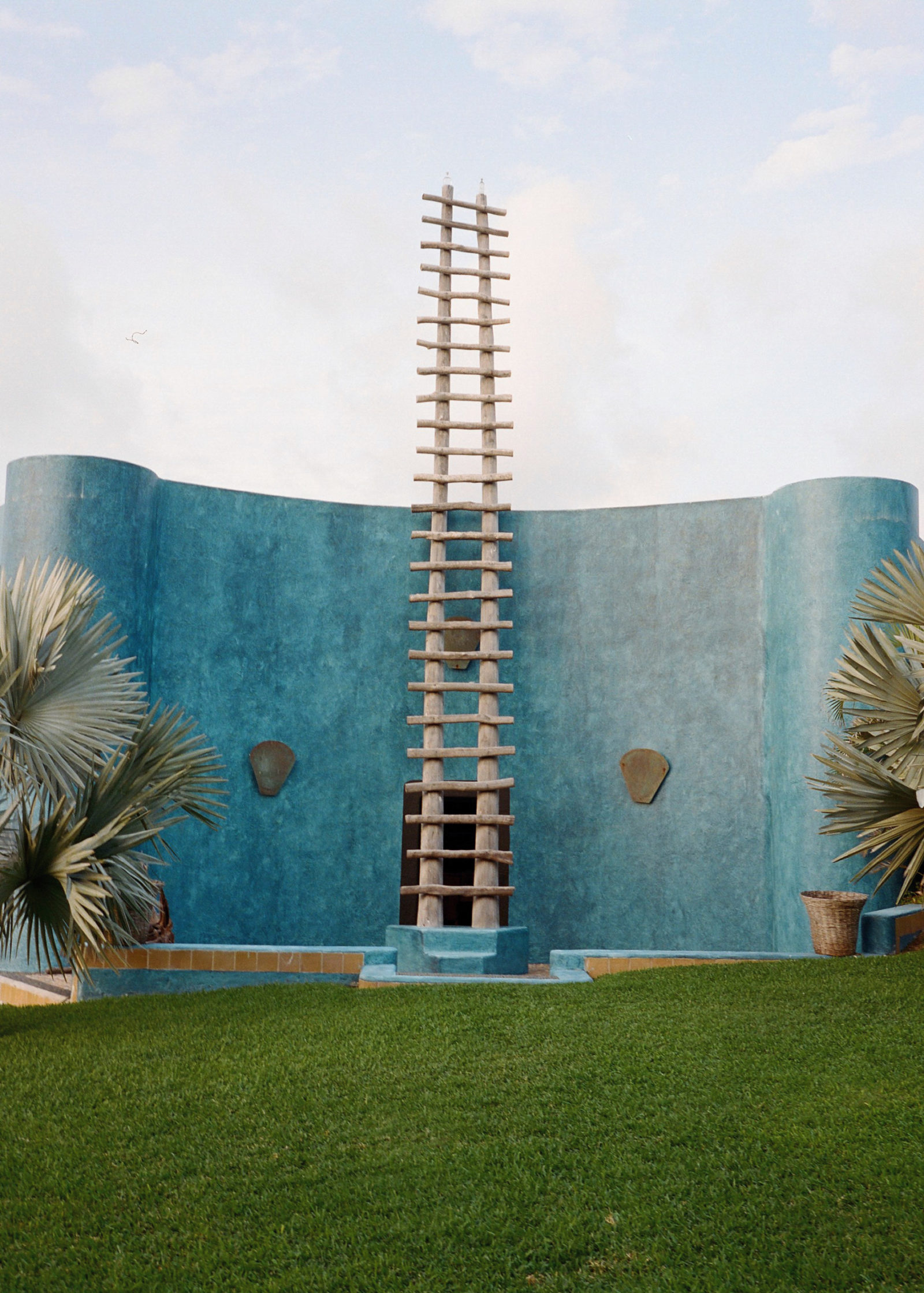 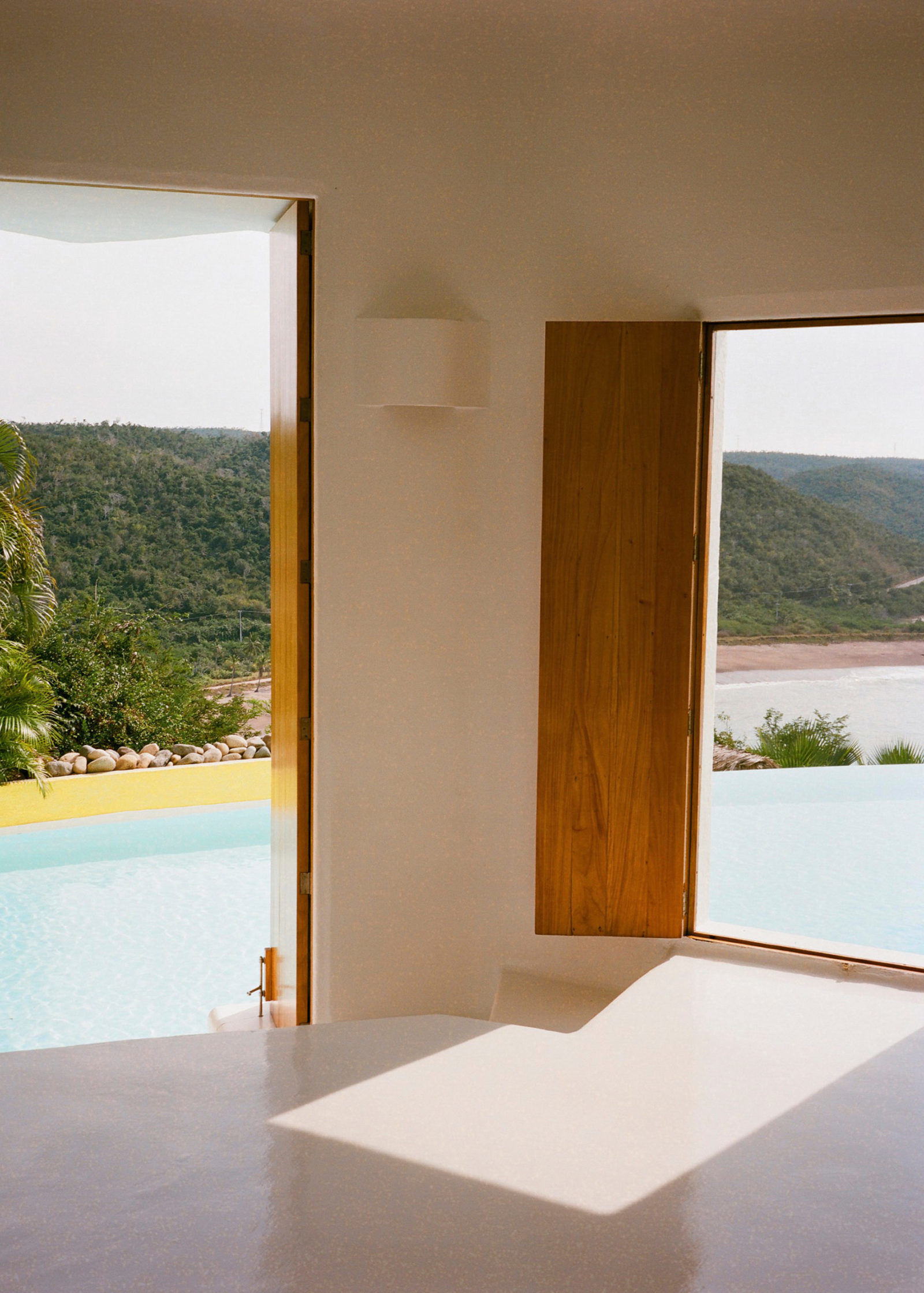 The Careyes Foundation catalyses innovative programmes in education, sports, ecology and the arts to improve the well-being of local communities along the South Pacific coast of Mexico.

Careyes is built in an architectural style with its roots deep in Jalisco, in nature, and the capacity of people to transform a magnificent place in an extremely delicate way. At the same time, it also reminds us of our delirium, our passions, and of our fantasies. The shape of numerous buildings and artistic installations is closely related to nature too – how it is perceived, how we relate to it and how we inhabit it. It’s an architecture that resolves temporal and spatial relationships.

Perhaps one of the biggest expressions of Brignone’s imagination, the place empathises with indigenous ways of approaching the site. Distinguished by its three electric blue buildings, a focal point of Casa Tigre del Mar is a giant circular hole in the wall before the beach, which appears like an eye framing the view. Elsewhere, a simple, leaning ladder reaches beyond the building, high into the sky.

Careyes is like a dream come to life. It’s the devotion of Gian Franco; his life’s great work. He dreamed up every corner, planned every view and even prepared a welcome place for beings from beyond…should they ever arrive. All we can do is soak the place in and learn from his vision. 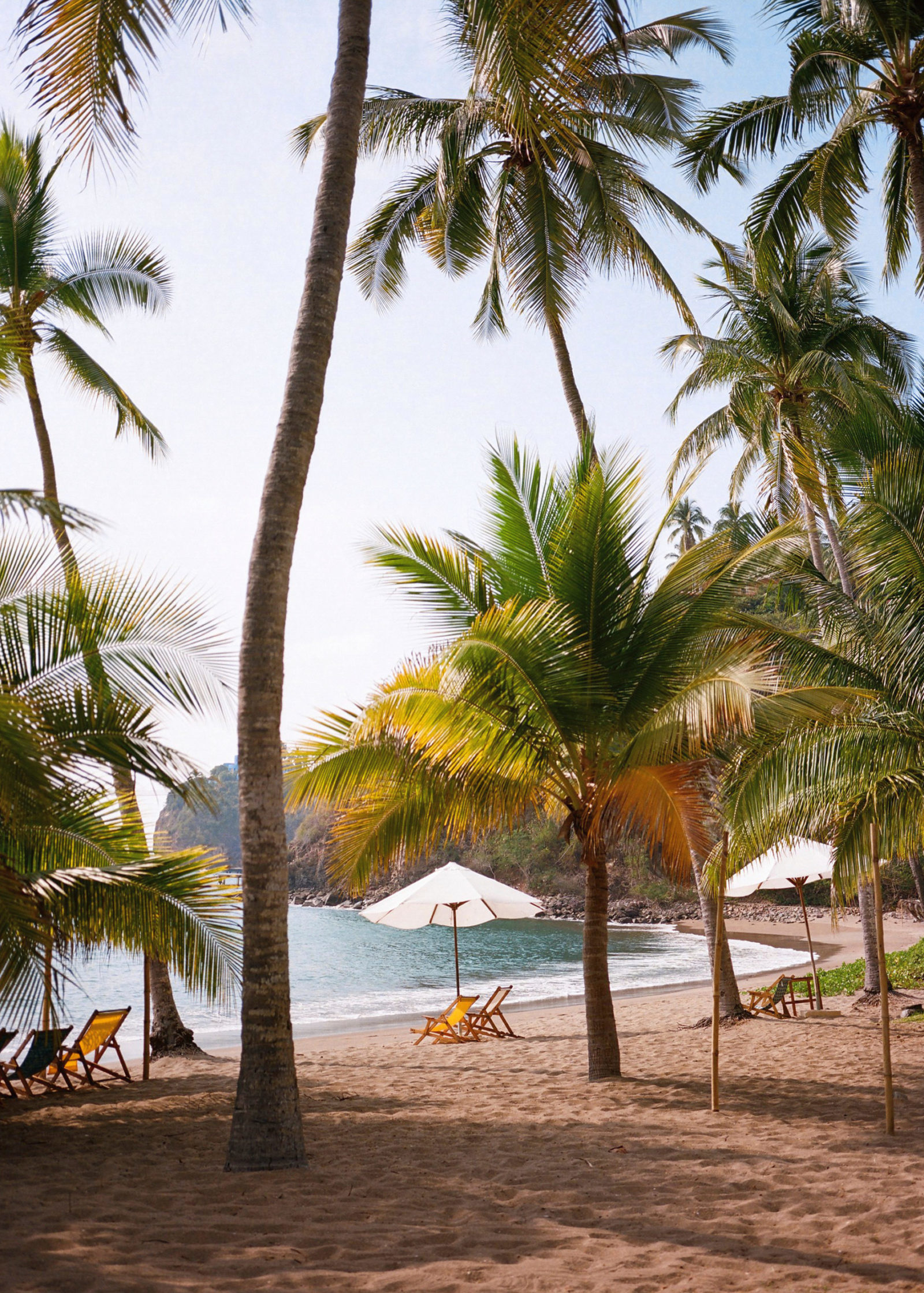 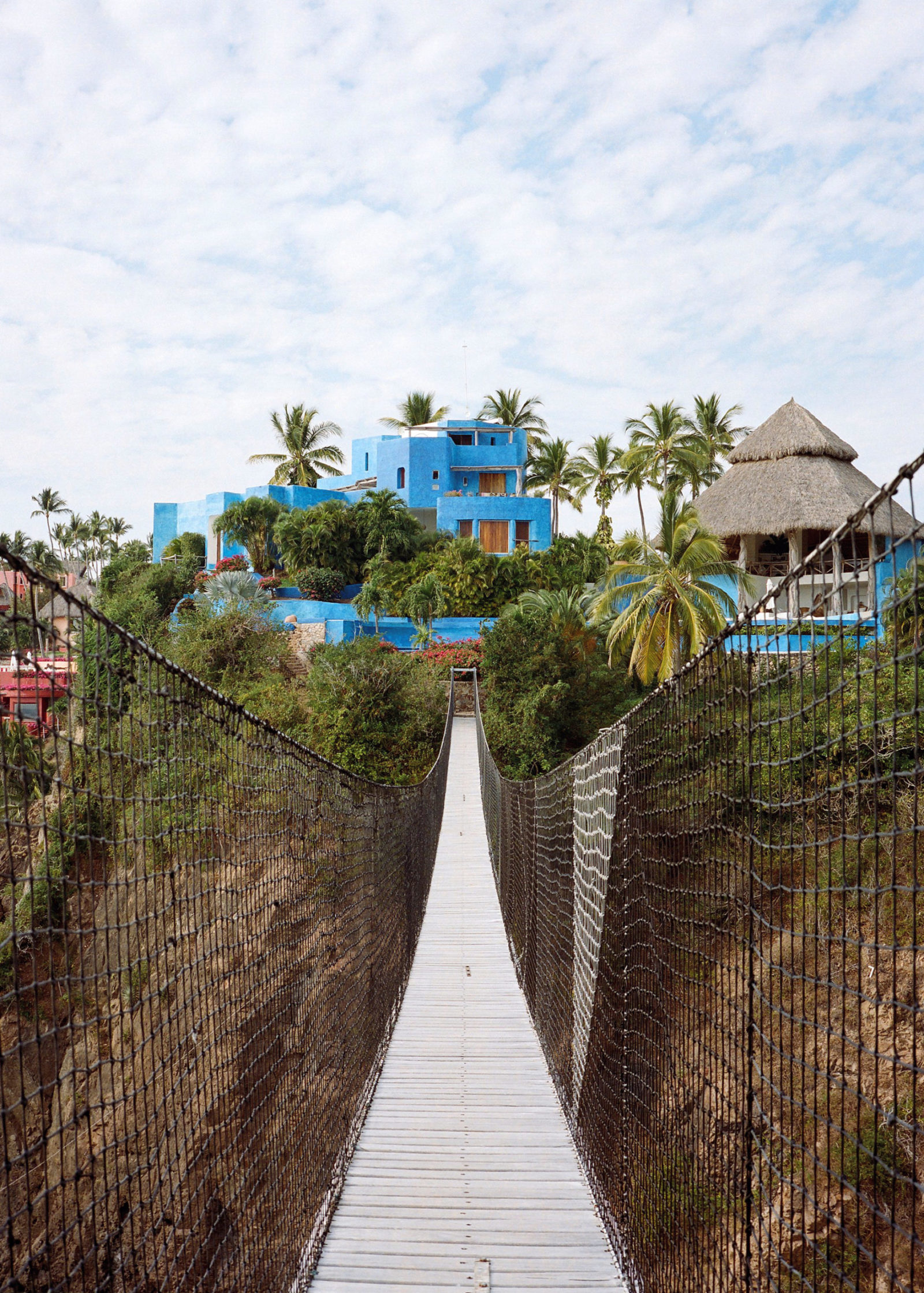 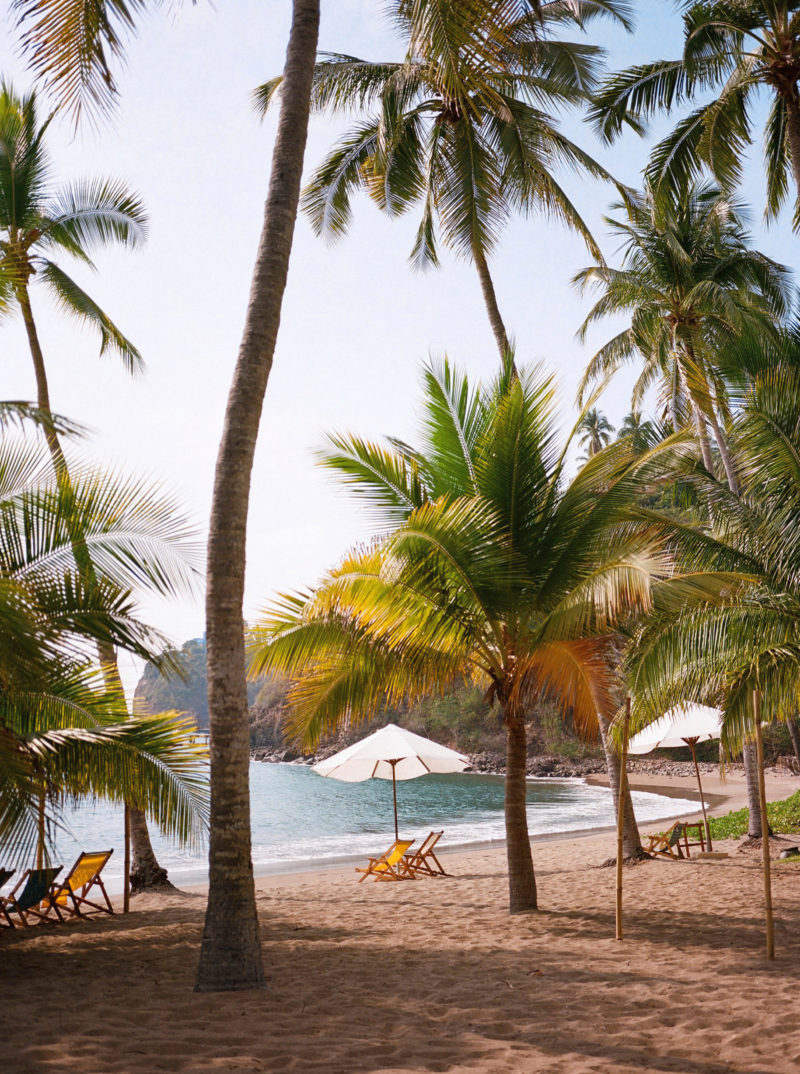 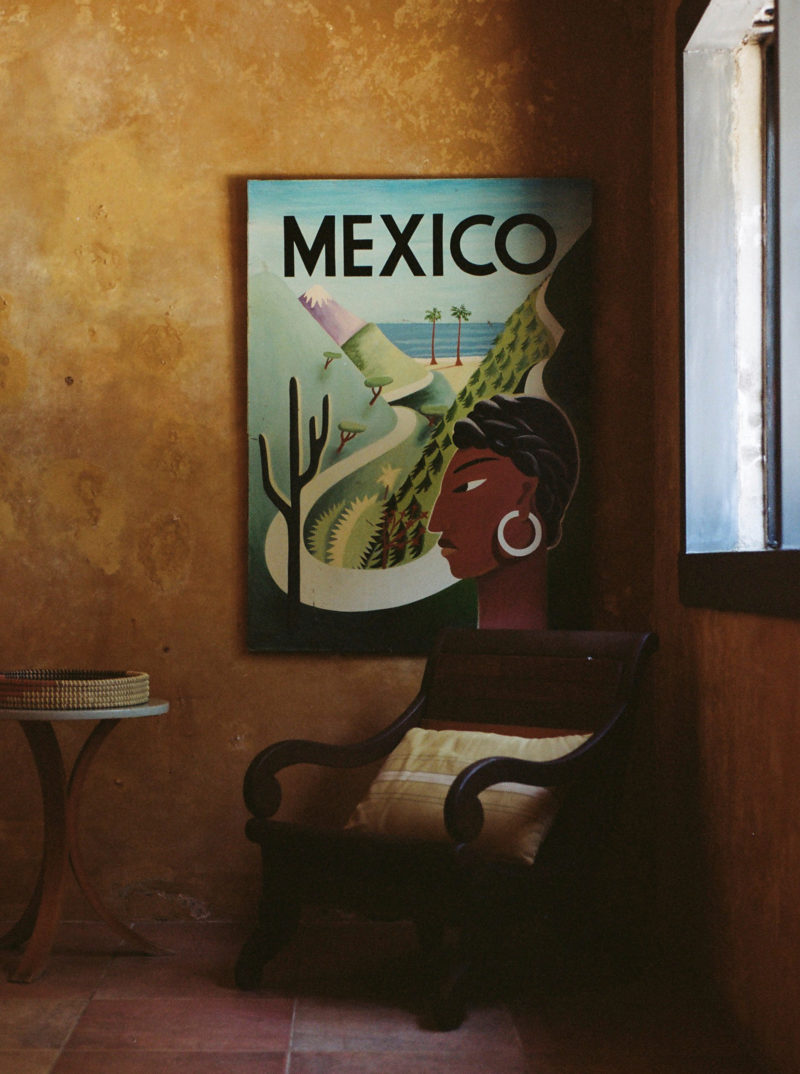 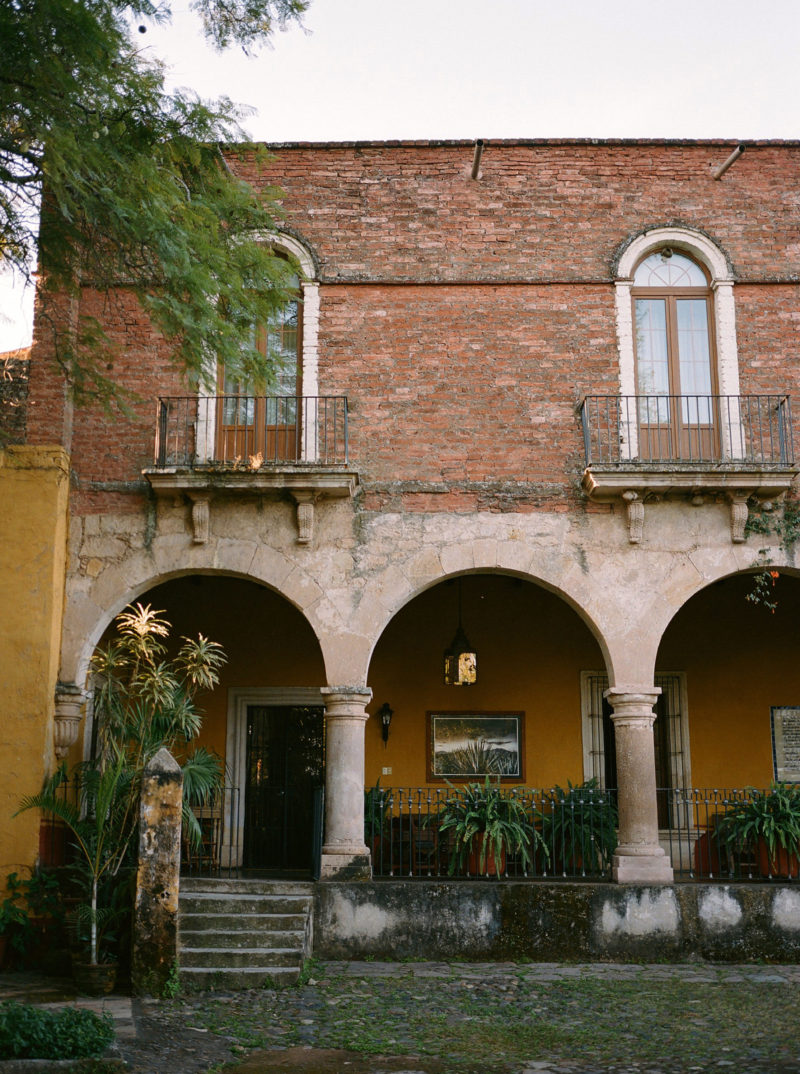 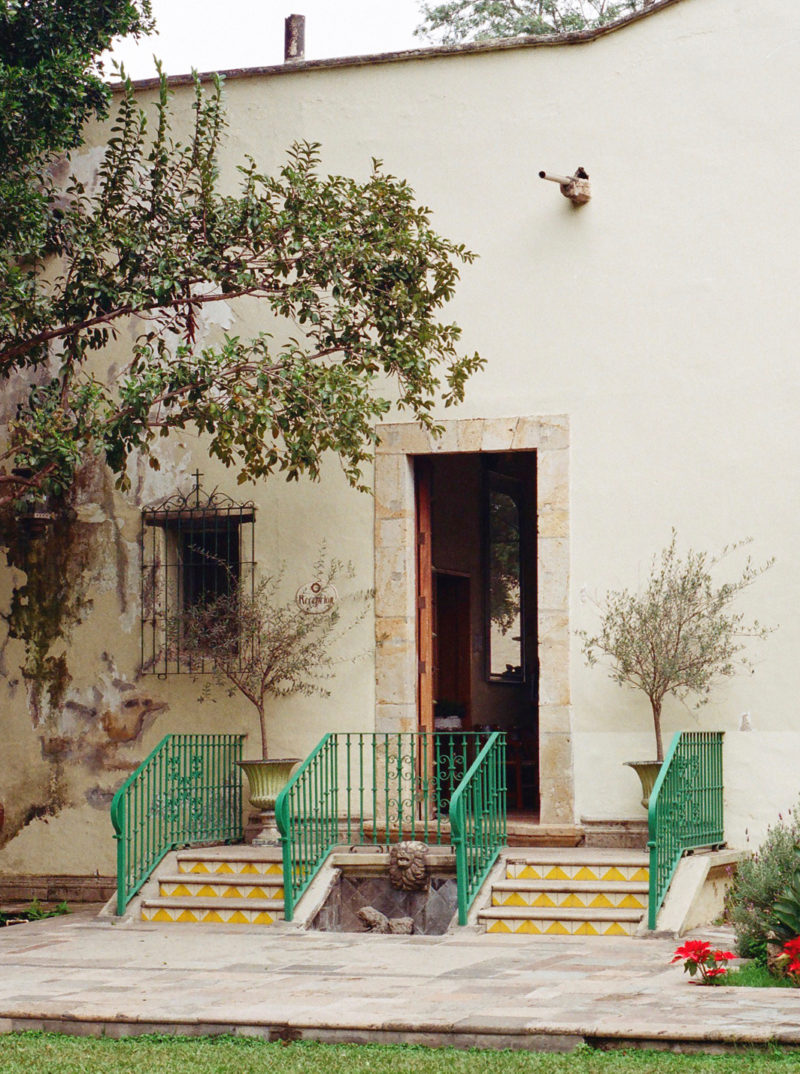 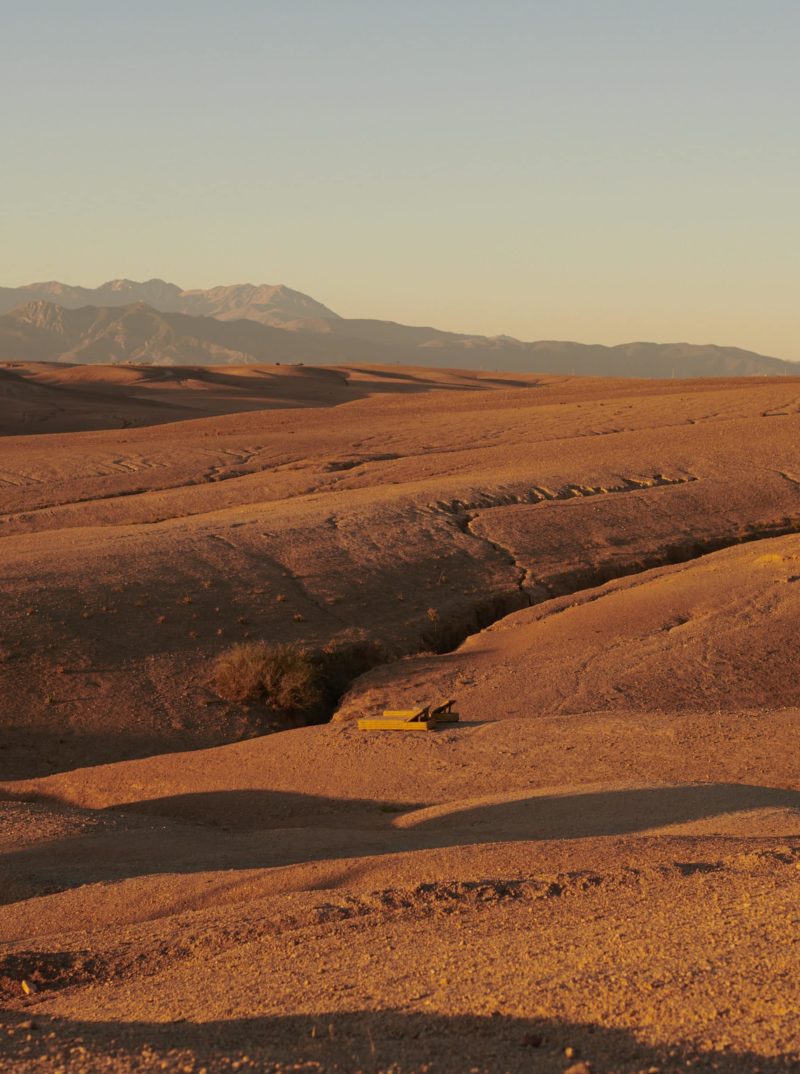